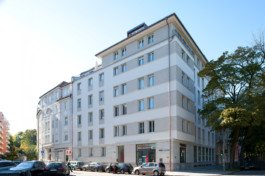 Bogenhausen has always been one of the most popular residential areas in Munich. Generously-sized parks, elegant villas and residential complexes, as well as numerous company headquarters and hotels characterise the quarter. 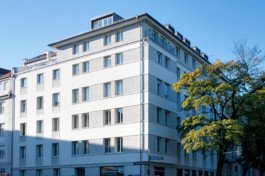 The residential and office building at Kufsteiner Platz was built as a typical ‘Gründerzeit’ (late 19th century) house in a special corner location between the River Isar and the generous adjacent parks. The existing building fabric was characterised by a series of modifications. Following purification up to the 4th floor, the building, badly damaged by bombs during the war, was rebuilt on its existing foundations as a typical post-war construction. 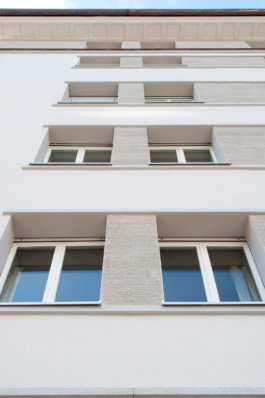 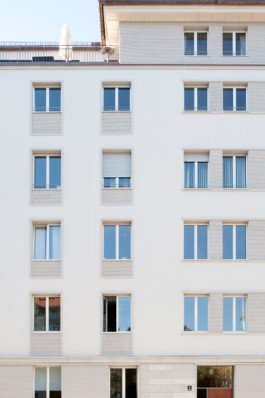 The revitalisation and vertical enlargement on the foundations picks up the topic of its special corner location and the raising of the distinctly structured façade and translates the creation appeal into a contemporary form language and materiality. The addition of three new penthouse suites completes the building project. 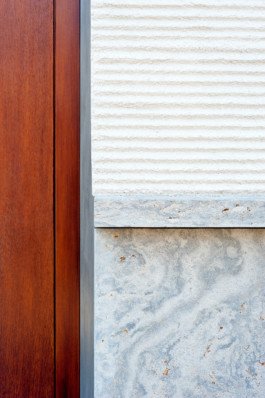 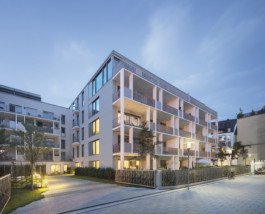 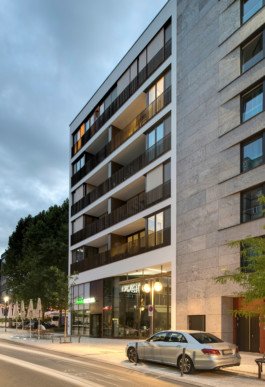 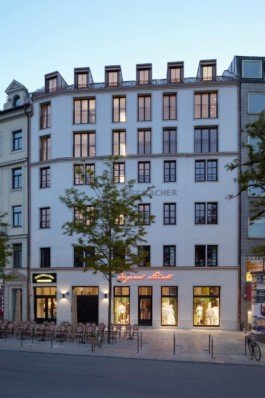