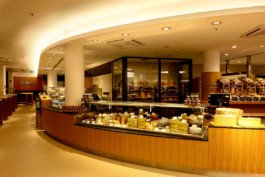 Back to Category: All Projects // Hospitality // Retail

In November 2009, the eighth Manufactum emporium opened its doors in the podium building of the new Frankfurt Opera Tower together with the grocery store of its subsidiary brot&butter. The Opera Tower, by Christoph Mäckler, had already been praised by the press as one of the nest new tower blocks in the country, a sophisticated balancing act between various emotional positions at this distinctive place opposite the Alte Oper (old opera). The goods display systems already tried and tested at the opening of the new branches in Munich and Cologne are also being used in Frankfurt. For the presentation of the products, landau + kindelbacher have developed a special modular system that permits an autarkic display of products and makes the specialities of the place into an experience. This system was used for the first time in the Munich branch of Manufactum and can be slightly modified and extended for any other store. 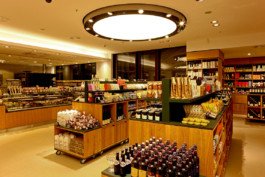 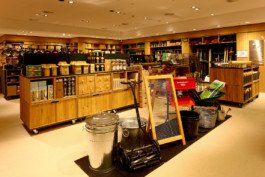 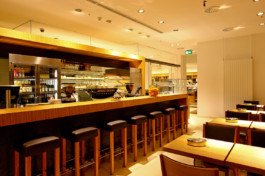 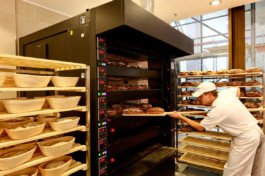 The merchandise presentation works almost completely independently of the building. The modular system of the product racks enables the presentation of the entire product range from a paper clip right up to a bike. A flexible system, whose continuous uniform height provides a homogenous, quiet impression. The linear arrangement of the product racks provides a sense of order, which however is neither museum-like nor austere, but is designed to give the product range a suitable background and orientation. Linear lighting units near the façades resolve at the rear into the round ‘chandeliers’ developed for Manufactum, thus creating the transition between the various areas. 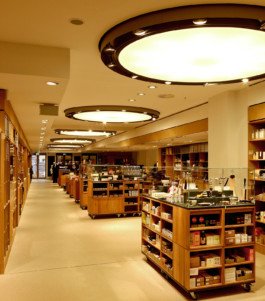 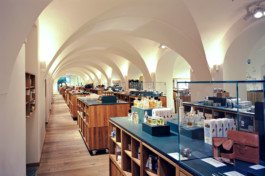 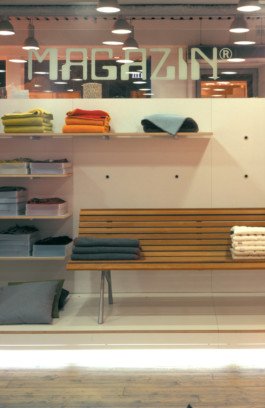 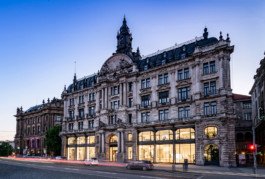