On 1 July 2022, the architectural office Landau + Kindelbacher will move from Thierschstrasse in Lehel to the Lenbachplatz Palace in Munich’s Maxvorstadt, thus opening a new era.

Time for a review of the office’s milestones. 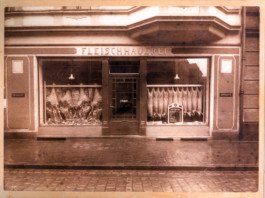 Landau + Kindelbacher’s first office was situated in a ground-floor shop of a former butcher’s in Munich’s Lehel. During the renovations, a fully intact art deco tile ceiling came to light, which, in contrast to the specifically developed workbenches and partitions, could have an influence with the floor-to-ceiling monolithic sculpture of the open kitchenette. Eight workplaces in the front part of the shop and further workplaces at the rear plus a conference room and the model workshop in the vaults of the basement were in those days spread over 120 square meters. 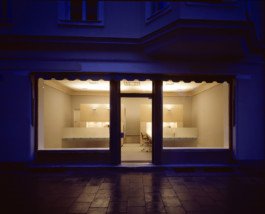 The new home of Landau + Kindelbacher Architekten – Innenarchitekten was to be found from 2005 on within walking distance of Tattenbachstrasse, in the ground-floor rooms of a former printer’s in a protected block of buildings in Munich’s Lehel. The premises were completely gutted and the old skeleton structure of the building laid bare. The resulting space continuum with a flowing floor-wall-ceiling transition provided the ideal fertile ground for the manifold tasks of the architectural office. The colour white – in the form of an epoxy-resin-coated floor, painted steel and wood – in combination with the sacral room height and modern lighting technology worked like a neutral passe-partout in which thoughts could develop freely. The open bar formed the communication centre of the room – for communal work and thinking, and for the exchange and presentation of ideas. 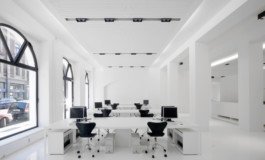 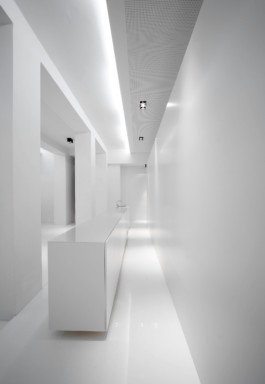 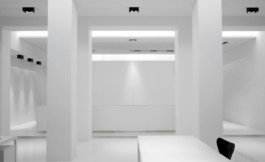 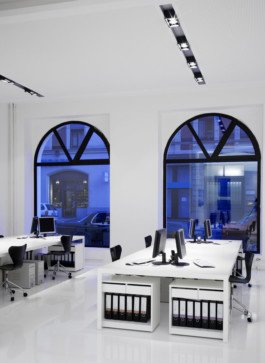 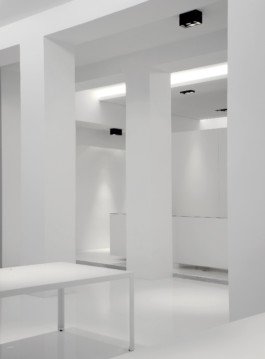 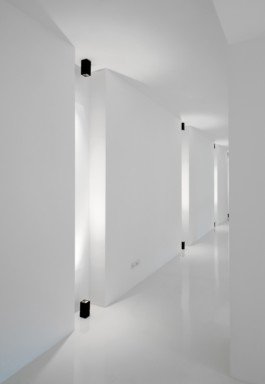 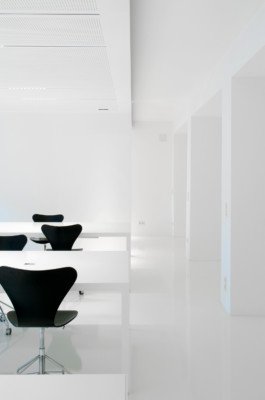 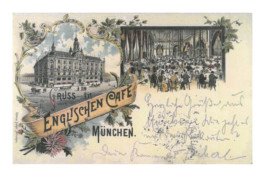 Palais am Lenbachplatz
Ottostrasse 6, Maxvorstadt in Munich
as of 1 July 2022

The palace in Lenbachplatz is part of a protected historical ensemble from the 19th century and is considered to be the “first representative neo-baroque building in Munich” and thus an archetype for Munich office buildings. It was founded in 1864 as a business for high-quality textiles by Lehmann Bernhein, who then, in 1888/89, commissioned Friedrich von Thiersch with the erection of the building, whereby the façade comes from Martin Dülfer, Thiersch’s pupil at the time. The prestigious building stands outside the old inner city, which was characterised by its mediaeval layout, and integrated a small coffee-house with beer-garden, known as the English Café. Throughout the years, the palace was extended by various additions and modifications, most recently in 1909/10, when the office building was augmented by the new rear building in Ottostrasse. The courtyard between the original office building and the extension was designed according to Bernheimer’s wishes in Italian Renaissance style at the beginning of the 20thcentury along the lines of the Bargello in Florence. Today, on the Lenbachplatz side of the building, the ground floor of the building known as the Lenbachplatz contains shops, and the upper floors contain offices.

From Thierschstrasse (named after Friedrich von Thiersch) to a Thiersch building: as of 1 July 2022, what used to be the gastronomy area on the Ottostrasse side will be the new office of Landau + Kindelbacher Architekten – Innenarchitekten. The working area will have about 1300 square meters and will be an open-plan office with diverse communication and retreat areas on the ground floor as well as meeting areas. All this is supplemented by a generously sized working cafe and a conference centre. 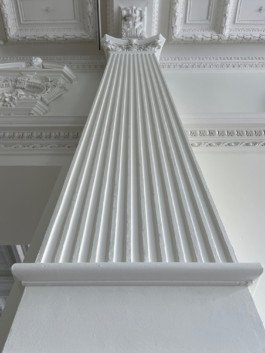 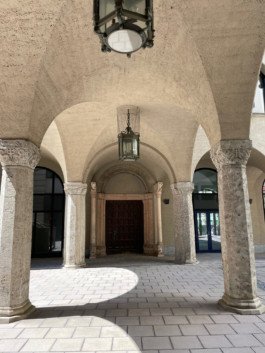 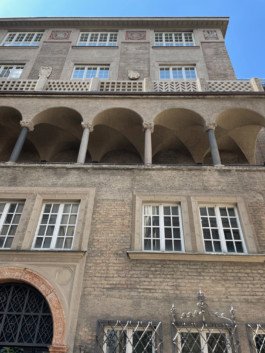