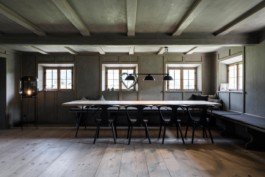 Back to Category: All Projects // Classic // Villa // Interior // Hotel

This house at Tegernsee, built originally in 1680 and expanded in the 1990s, is surrounded by extensive meadows. The charm of the original has been preserved but considerably enhanced with the amenities of our modern age. The farmhouse, typical for the region with its east-west direction, consists of the living area and a newly extended barn. The existing structure of the old farmhouse has been largely retained and extended where necessary by new measures. Thus the former pantry has been combined with the kitchen to form a single large room and reinterpreted with new flooring and tiles and the clever use of lighting and textiles, whereas in the dining room, the existing wood panelling has been retained as an identity-forming element and augmented only by a reworking of the tiled stove and special furniture that was in part specially designed for the room. 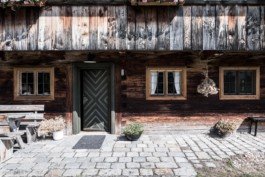 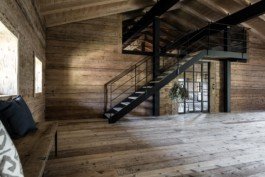 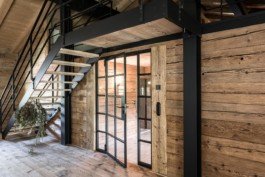 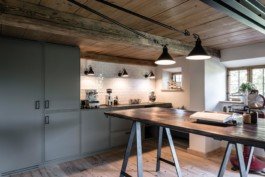 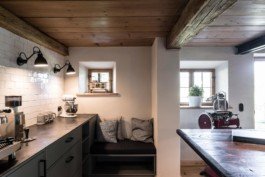 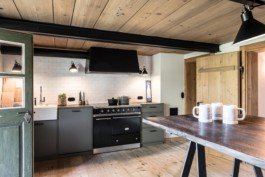 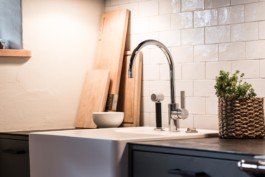 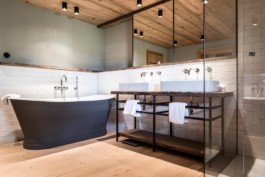 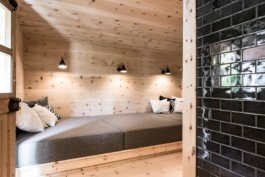 The master bathroom and the relaxation area have been completely dismantled and reworked in modern form and material language but adapted to the traditional building style. In the top floor of the barn, the façade has been opened in order to provide more daylight and create a pleasant atmosphere by means of a generously dimensioned, floor-to-ceiling glass element with sunshade lamellae. The new floors, the walls covered with old wood to augment the existing wood, plus the new, dark steel staircase round off the spatial effect. 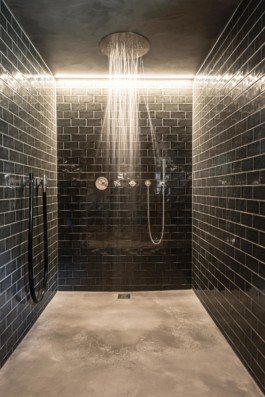 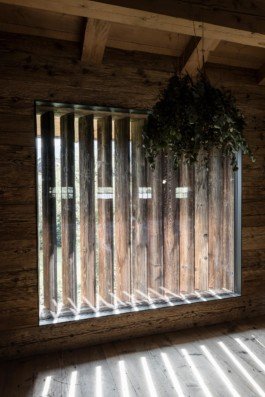 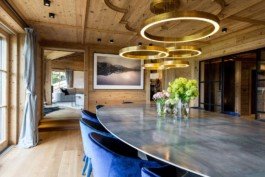 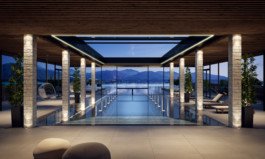 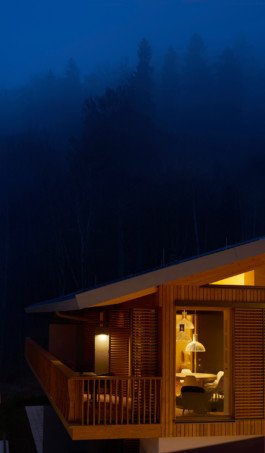